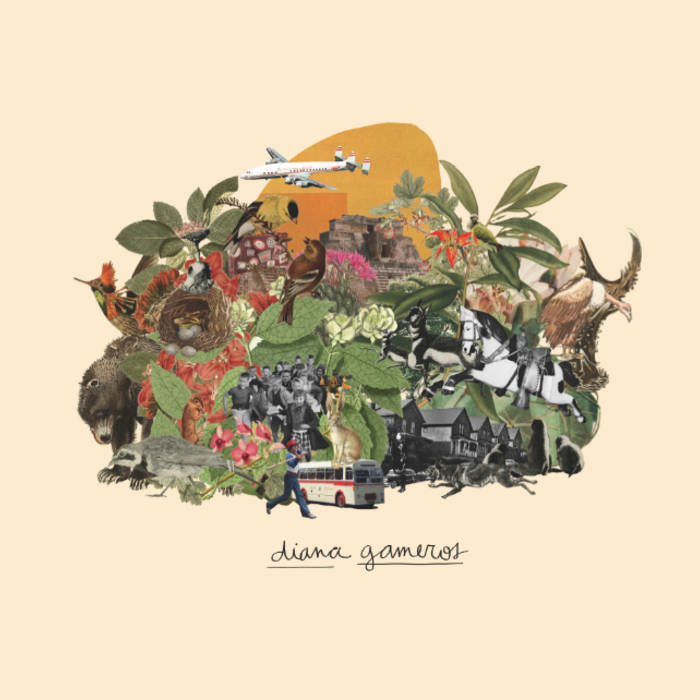 migdenike Diana's music is a breath of fresh air. Her voice wraps me in all the best memories of growing up in a Mexican house. She is such a gift

james sailor Her voice and music makes me feel happiness. Found her music by chance. I adore it. Favorite track: Ligerita.

This work is a soulful retrospective of her journey as a musician and immigrant from Juarez, Mexico to San Francisco. The album was recorded at Hyde Street studios with several collaborators including Magik*Magik orchestra (Death Cab For Cutie, Zola Jesus). Gameros' music has been likened to Feist, Andrew Bird, and Joanna Newsom.

Gameros grew up with music in the house, singing traditional Mexican folk songs alongside her mother at family gatherings. These experiences infused her songwriting which speaks directly to the heart, sometimes joyfully in songs like "Para Papá" and other times wistfully as in the more plaintive "¿Cómo Hacer?" More than anything Eterno Retorno is the story of a songbird in a golden cage. Gameros lives in paradise but cannot forget where she came from. Through this album, she expresses this longing with an artistic maturity well earned from a journey through four years of music school and the grueling process of achieving United States citizenship.

All music and lyrics by Diana Gameros except track 1, sound of the Chihuahua-Pacifico train, traditional music written and played by tarahumaras and tarahumara man speaking and track 8, lyrics taken from the poem “Montagne” by Claude de Burine.

"Her voice has a remarkable expressive range. She's at once strong and breathy - in an instant, wounded and boldly searching."
- NPR

Bandcamp Daily  your guide to the world of Bandcamp